A collage of Vancouver scenes circles the outer perimeter - the Vancouver city skyline, Lion's Gate Bridge with a ship passing under and a float plane crossing over, a majestic weeping willow like those found in Stanley Park, and the underground pipes that carry storm and sewer water beneath the city of Vancouver. The design also features a sun and moon, and a diagram of Earth's position in the solar system with the latitude and longitude of Vancouver. "City of Vancouver Est. 1886" is ringed by raindrops and salmon, to remind us that what washes off the streets will end up in our water. And in the center is a bicycle sprocket - because the people of Vancouver love cycling - whether it is for the daily commute, for recreation, or both. The sprocket could also be seen as a gear, representing industry, change, and progress. 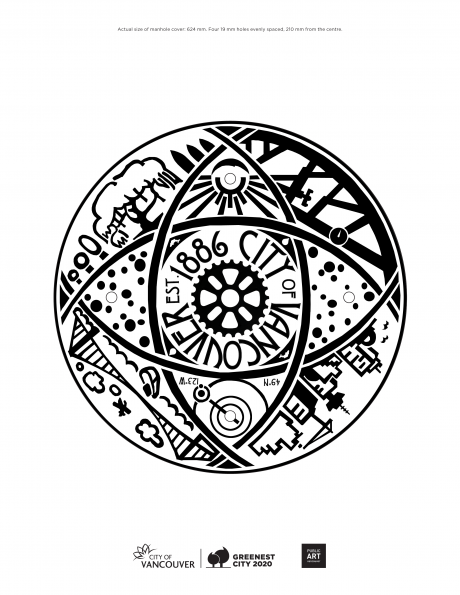